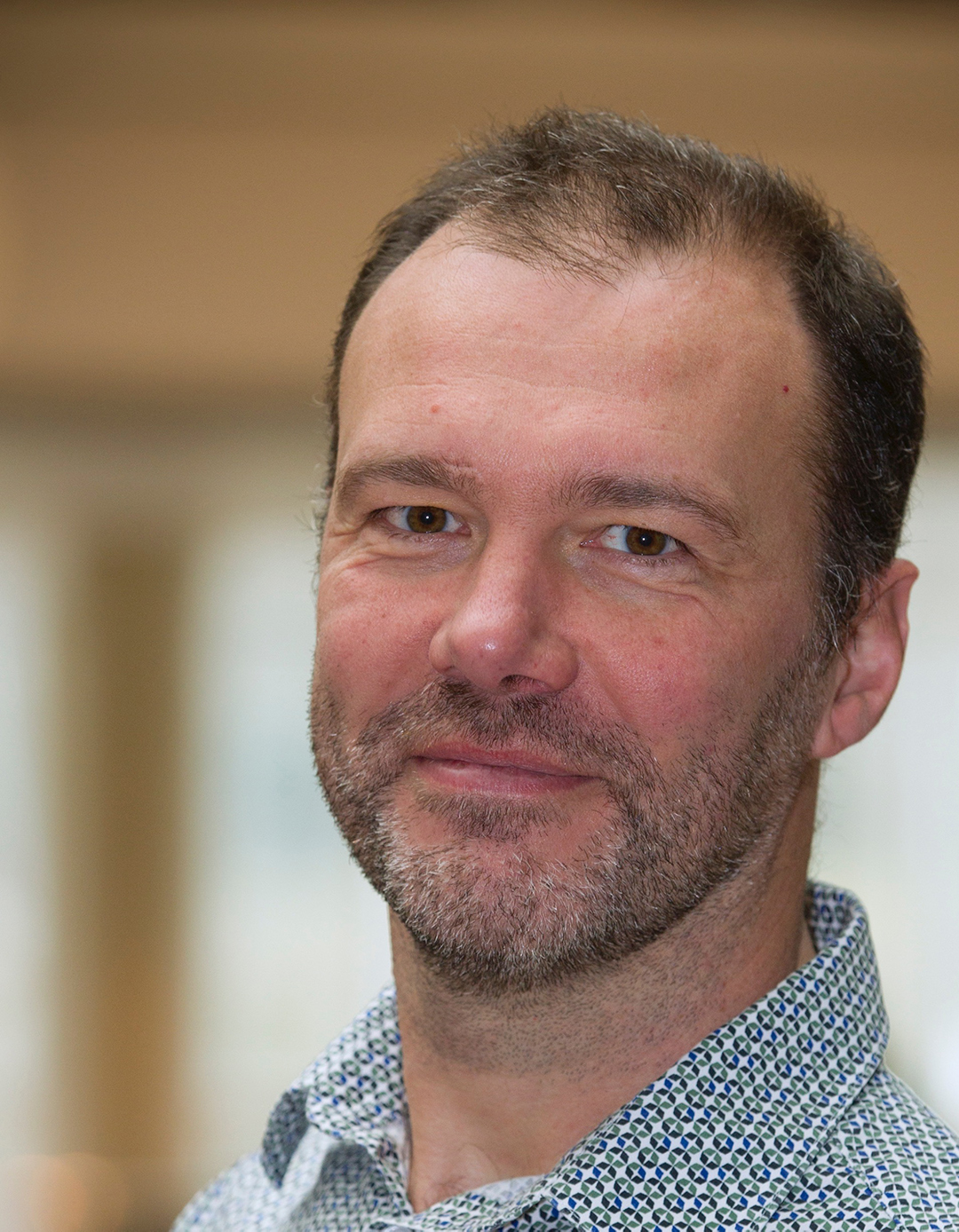 Although having originally started – as can only be expected from a specialist in applied economics – in the commercial network at KBC (called the Kredietbank at the time), my career soon headed for the main office.
Since 1999, I have held various positions. Having started as product manager for the Isabel multibanking software tool, my responsibilities gradually and systematically expanded to include other electronic channels.
Following the hype and serious internet bubble of the early 2000s, the time became ripe for a more pragmatic expansion of KBC’s eCommerce ambitions.
After having explored the transactional digital world, the commercial side of the internet also became part of my task list,
with an initial focus on the B2B market and, since 2008, also the private sector.

In 2008, the first hacking attacks on the electronic channels within KBC took place.
These did not occur very often at first but, starting in 2012, the Belgian financial sector became top-of-mind among cybercriminals.
So, in 2012, a dedicated security department was established as a business counterpart to the ICT security department which, of course, had been around for quite some time.
I left eCommerce and the electronic channels behind to devote myself fully to the battle against cybercriminals.
I was given the responsibility to start up a department with this mandate – entirely from scratch. A fantastic opportunity!

This marked the start of translating the niche expertise knowledge of cybersecurity experts into ‘regular’ everyday language.
Over the years, the number of presentations to inform people about this often strange and unknown world grew exponentially.

Auditorium sessions where employees in groups of up to 300 individuals are immersed in cybersecurity and learn how cybersecurity is EVERYONE’s responsibility, not just a handful of experts in some obscure department in the company

Sessions with clients, customers, small businesses and major multinationals with one thing in common: explaining in clear and understandable language how hackers think and the mistakes we all make in our daily lives, which are preyed upon by them.

Apart from all of these awareness-generating efforts, naturally there were also dozens of other aspects to develop, the most noteworthy of which is probably the establishment of a fraud monitoring system. Monitoring is usually perceived as the structural tool to protect companies from increasingly sophisticated hacking attacks. A monitoring system that detects a hacking attack based on deviant transactions (anomalies) requires intensive collaboration between cyber experts and product experts. It is important that these product experts are able to understand how hackers think.... which automatically brings us back to an explanation in understandable language, thereby completing the circle.

I continue to play an active and full-time role at KBC as the head of the cybersecurity team.
In 2016, I created STARK in order to offer a tool to explain the cybersecurity risk in clear and understandable language.